An Overview of Algiers

Algiers is the capital and largest city of Algeria. It is also known as El-Behdja, or alternatively, Alger la Blanche (“Algiers the White”) for the glistening white of its buildings as seen rising up from the sea. Algiers is situated on the west side of a bay on the Mediterranean Sea.

Algeria achieved independence from France on July 5, 1962. Run by the military that had liberated it, Algiers became a member of Non-Aligned Movement during the Cold War. In 1991, a political entity dominated by religious conservatives called the Islamic Salvation Front engaged in a political test of wills with the authorities. The city then became the theater of many political demonstrations of all descriptions until 1992. Indigenous terrorist groups have been actively operating in Algeria since around 2002.

Over four million people live in greater Algiers. There are possibly several hundred Christians from a Muslim background among the Arabs and Berbers who make up the population. Several thousand new believers in the Messiah live among the Berbers of Kabylia, a few hours to the east of Algiers. A 2006 national law essentially forbids any Christian evangelism efforts (source).

Islam, the religion of almost all of the Algerian people, pervades most aspects of life. It provides the society with its central social and cultural identity and gives most individuals their basic ethical principles (source). 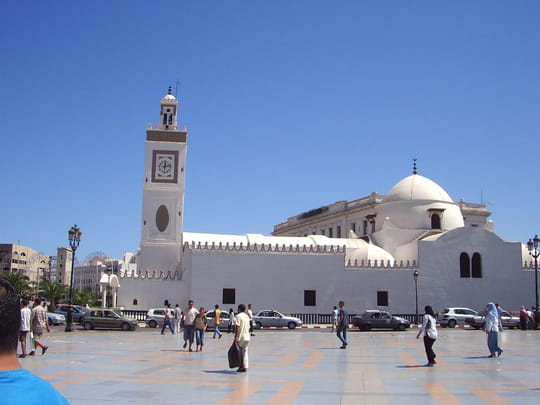